Super Cell is a fast-paced action arcade game and is completely free to play. Take control a tiny robotic cell fighting to save the life of the president. Battle your way through hordes of germs and bacteria to stop a deadly virus before it's too late! Unlock upgrades to your cell by collecting fragments of your fallen foes. Take on huge bosses as you search for the source of the virus. The fate of the nation depends on you!

Super Cell was originally released in 2008 by our parent company, Green Fire Software. We could have changed the logos to Circuit Hive but we felt it was better to leave the past unaltered. In the future, Circuit Hive will focus on making strategy games. Please enjoy Super Cell and let us know what you think! 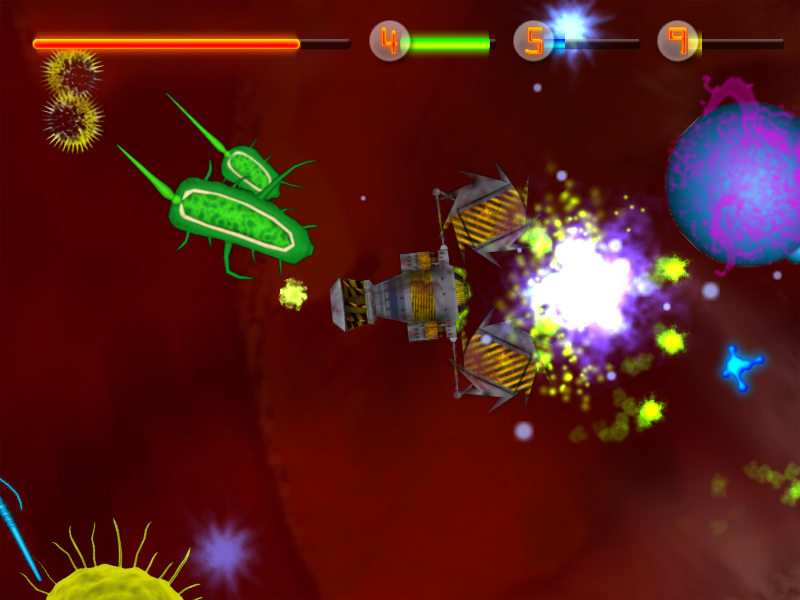 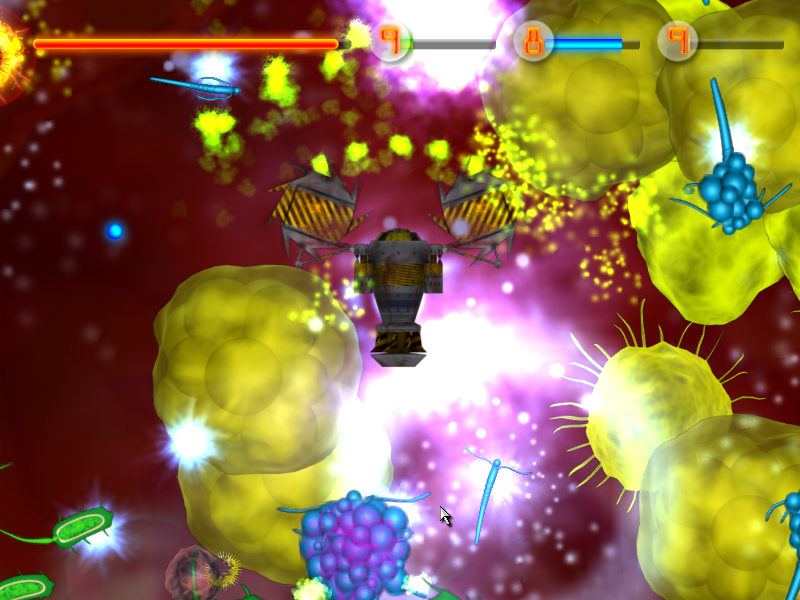 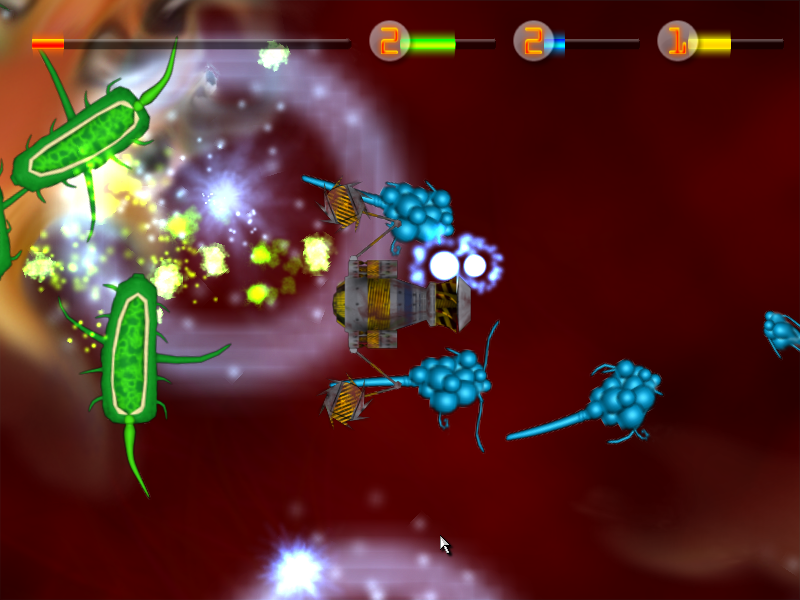 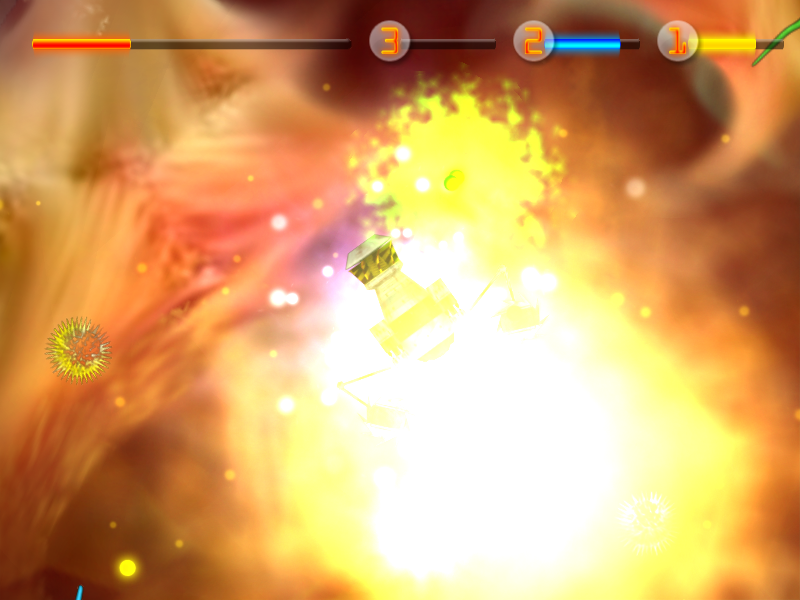 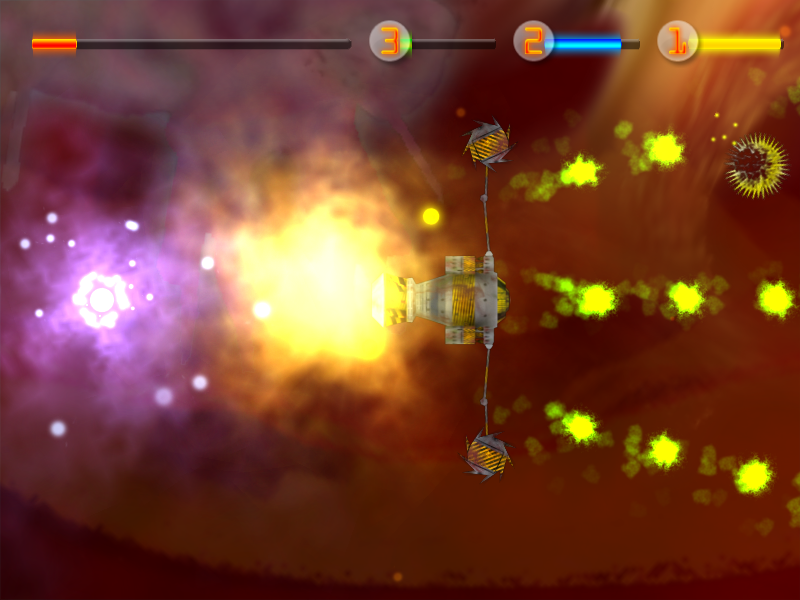 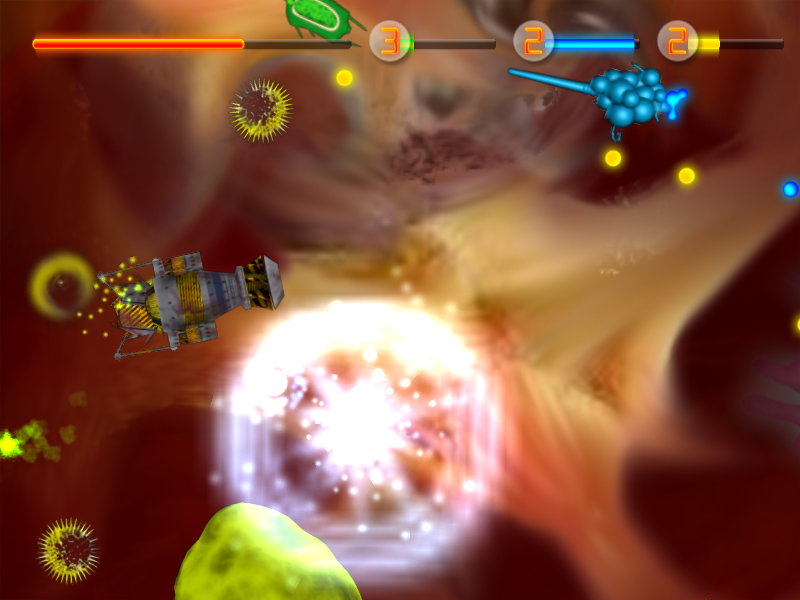 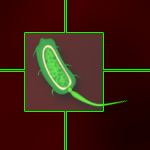 The common germ is given free reign once the immune system has been destroyed. Most germs can be killed with focused fire power. Once you've gained enough levels with your buzz saws you'll be able to kill smaller germs with one hit. This is never true for the larger germs so never charge them. The germ attack has less range than that of the Super Cell. Position yourself so that you can attack them from a safe distance. The real threat from germs comes when ignore them for larger prey. Remember, smaller germs do just as much damage and large germs, so always eliminated the small ones first. 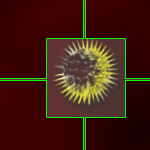 The virus is small and weak by itself, but given the right host and environment the virus can be deadly. The virus spreads by infecting blood cells. The infected cells later explode producing even more of the virus. The fastest way to stop the spread is to destroy the infected cells before they can hatch. Later, the virus will form tumors that can produce and enhance the virus. Tumors suffer three times the damage from bombs. A good strategy is to put your back to the tumor and fight off germs and bacteria while constantly laying bombs. This can be even more effective when multiple tumors are close by. Of course the regular bullets can still hurt the tumors as well. 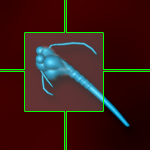 The fast moving bacteria is not typically something that you'll focus your attention on, but make sure you take any opportunity you can to destroy the smaller ones. Much like the germs, the bacteria all have the same attack regardless of their size. For this reason it is better to attack the smaller ones first. If you see a very large bacteria make sure you destroy it quickly so that it doesn't spread.