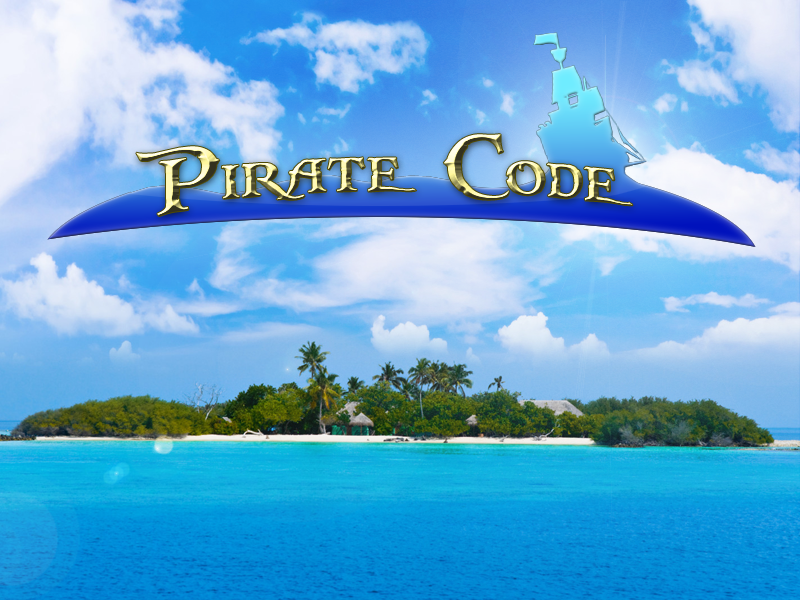 What’s on the Horizon for Pirate Code

There’s a lot of new stuff planned for Pirate Code.  Some things are just ideas and some features we are actively working on.  This humble post is an attempt to document what could be in the future for Pirate Code.  I’m sure that some of the things listed here will never see the light of day but hopefully most of it will.  If you have a favorite on this list, let us know in the comments!

Graphics matter a lot!  Just read through our previous post to get an idea why.  The graphics on Pirate Code are currently being worked on.  We hope to step back and look at each graphical element with fresh eyes and make changes and additions to really improve the overall experience Pirate Code offers.  The focus of this effort is currently on the battle screen.  New tiles and props will hopefully allow us to build more interesting and beautiful levels for players battle in.  The world map will also enjoying some attention along with the title screen, logo, and maybe even the characters.

There’s still a lot of features that we hope to add to the PvP mode.  Our next release will include a fleet editor built right into the PvP screen so that players can quickly change their fleet setup before a battle.  Eventually players will also be able to change their picture, title, and even flag.  There’s also private matches and hot seat matches for those who want to fight directly with friends instead of random strangers.  All these great features are probably things we will work on in the next few months.

Challenge Mode and the Treasure System

In the coming months we hope to start on a Challenge Mode.  This will basically be a series of battles that increase in difficulty as you go.  Each victory you get will allow you to play a harder match.  We also want to add a reward system to Pirate Code aptly named the Treasure System.  The Treasure System will display rewards that players earn by doing things in the Campaign, Challenge Mode, and PvP Mode.  We haven’t got all the details flushed out yet but we know it will add a lot to the game.

Closer to the end of 2014 or early in 2015, after some of the above features have been added, we hope to change Pirate Code to be DRM Free and push it to a variety of new PC game stores.  We’d also love to get it onto mobile platforms like iOS and Android.  And of course, for those who have been asking, we are still planning to create a Linux version.  This should allow us to contend for various bundles and really allow Pirate Code to reach players in new ways.

We love it when games offer us more content in the form of Expansion Packs or new Down Loadable Content (DLC).  We want to offer new fleets and missions to players who want to keep playing Pirate Code.  Three possible fleets we are considering are the Ghost Pirates, Royal Navy, and Sea Monsters.  Let your imagination run wild with those.  In addition we’re also thinking of releasing new Master Ships, floating fortresses that take multiple tiles, have a huge amount of life and awesome special attacks.  These are just some ideas and we’re open to more from the community.  Don’t be surprised though if some of these make it to the game in 2015!

We don’t just plan on making Pirate Code forever though.  We have several game ideas that we’re just itching to show to the community!  A few game idea demos are sure to pop up in the next year or two.  I won’t say what the ideas are about, but you can bet they’ll be strategy games with procedural levels.  If you the players love them, then we’ll keep working on them and build full games.