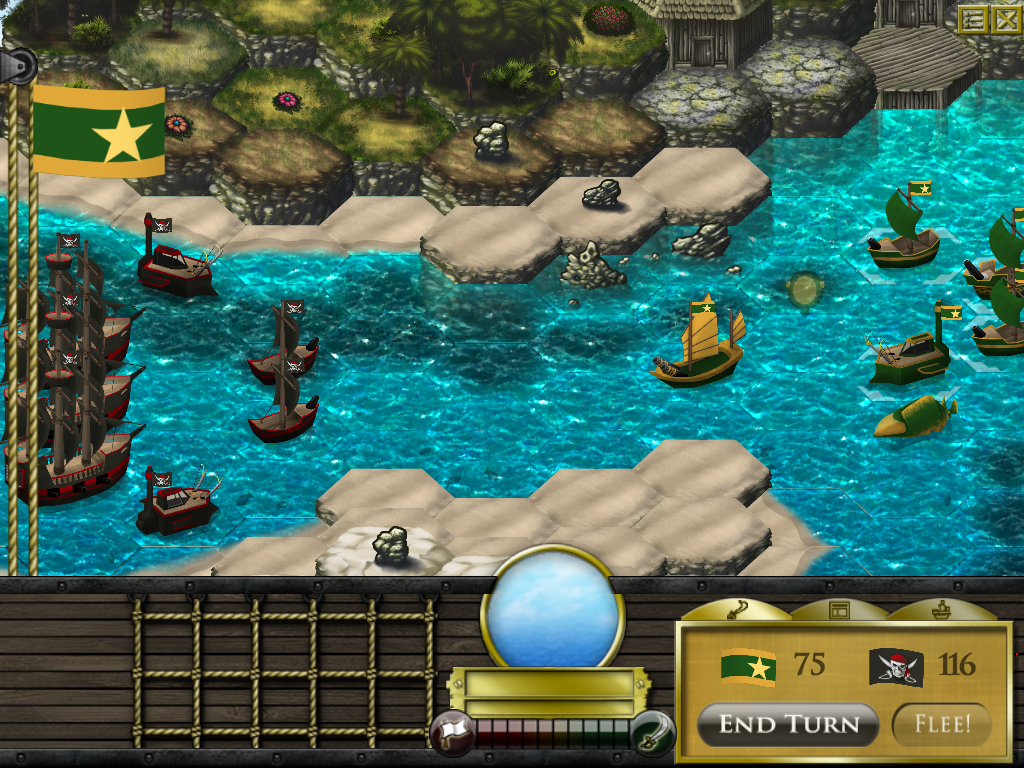 It has been over a year since my last blog post, and admittedly, I could have sailed around the world in that time. However, I was busy trying to accomplish something much more difficult: completing Pirate Code! At this moment, it remains unfinished and unpublished, but I’ve decided to break radio silence and start the process of showing some of the awesome features that have made their way into Pirate Code. Here we go! 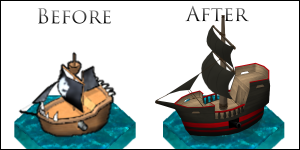 Redrawing the ships allowed me to improve the resolution and gave the ships the ability to change color.

The most obvious and dramatic change in Pirate Code is the ship graphics. I have personally taken the time paint each ship at a dramatically higher resolution. The image I construct is then saved as several different images and reconstructed in the game as a single ship. Why not just save it as one image? The answer is that some of those images can now change color. This opens up a whole world of possibilities and I’ve fully explored it! You can now buy fleet paint in the game and choose two colors to paint your fleet with! I took this same concept and applied it to the flag. In fact, There’s so much I could say about the flag that I’ll probably devote a future post to it. And yes, it will get technical. But for now, let’s just say there’s a fully animated flag that appears in your fleet colors with an emblem of your choice. Most importantly, it all looks awesome! There’s tall pirate ships, industrial clockwork ships, oriental junk ships, and alien subs with glowing windows lurking just under the water. What’s not to love? 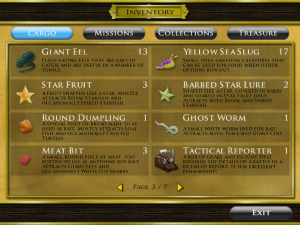 You can now gather all sorts of items from around the ocean!

I’ve already talked at length about the inventory in Pirate Code. It is pretty sweet. Still, no post about what’s new would be complete without mentioning it again. The inventory has become a centerpiece in Pirate Code and no inventory is complete without items. As you might have already guessed, some of the items you can buy include ship paint, flag patterns, and flag emblems, but none of those actually appear in your inventory. There’s actually a group of items for each enemy fleet that you can collect – normally by winning them in battle. These items can then be sold at stores, or used to hire crew.

There’s also books that you can find. Each book allows you to teach a new action to one of your ships, something that was previously only possible by putting the right captain on that ship. Scrolls can be found as well and they give ships an instant boost in experience when used. And there’s more, but I’ll leave that for later. 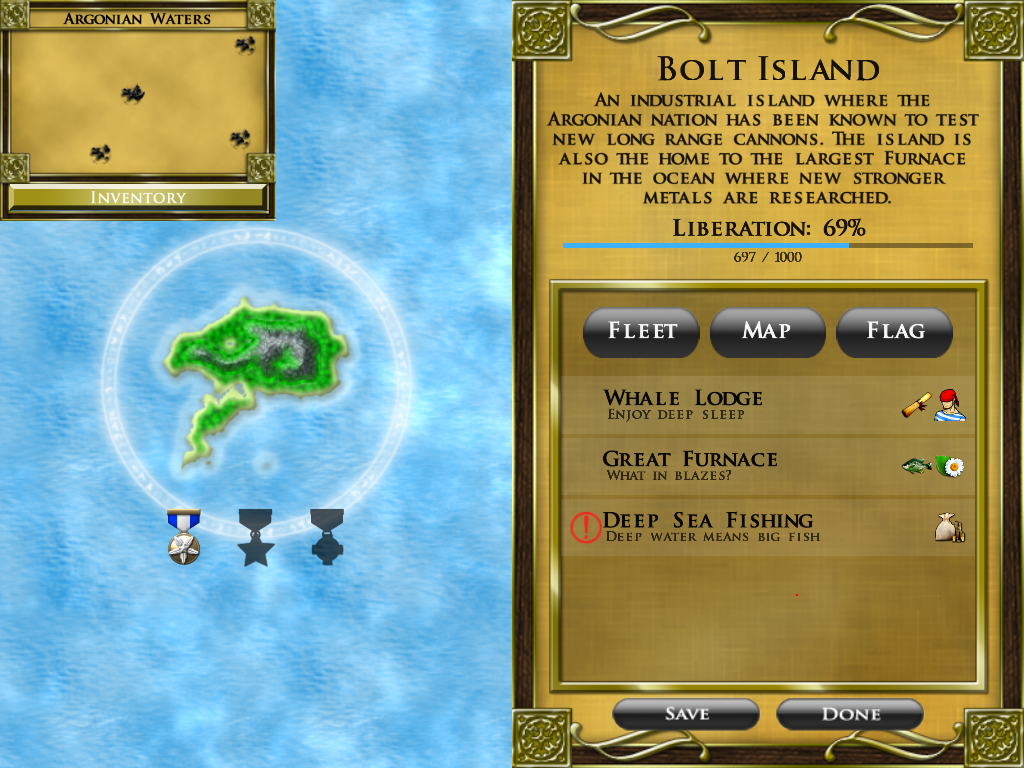 Liberating an island unlocks everything it has to offer.

When you arrive at an island in Pirate Code, you’ll have the option of visiting various locations on the island. Some of those locations might be shops, but unfortunately there’s swarms of pirates so those shops might be closed. You’ll have to liberate the island from the pirate oppressors! Each island has a liberation score. As you fight enemies, and complete challenges and bounties for an island, that island’s liberation will increase. New locations will open up in the island and new items will be available in shops. Gradually, as you liberate an island, crew members might offer to join your cause. Freeing the islands from the pirates in one of the main points of the game after all.

There’s a lot more to do and discover in Pirate Code but I should probably get back to building it. I have pushed my release date to July 26, 2017 and now that it’s in writing hopefully I’ll have it done in time. I should point out that I’m a one-man team, with the exception of my brother who writes the music. If you like supporting the fevered dreams of a mad man, then there’s no better way then purchasing Pirate Code when it’s released on Steam this Summer! Until then, stay tuned. 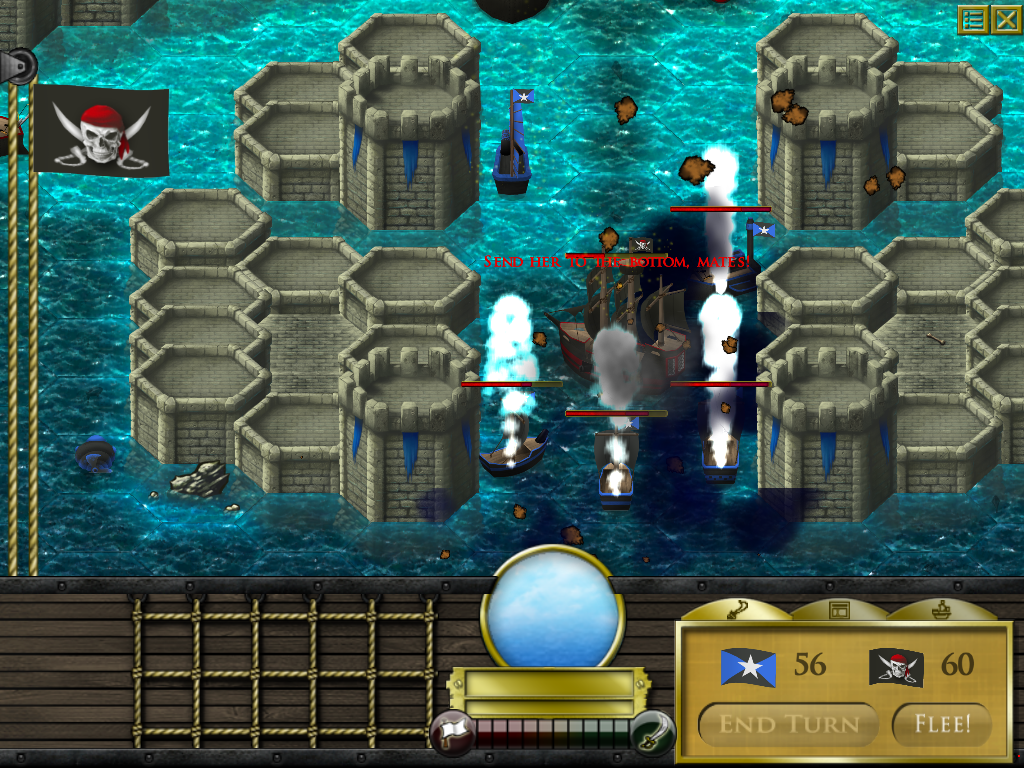