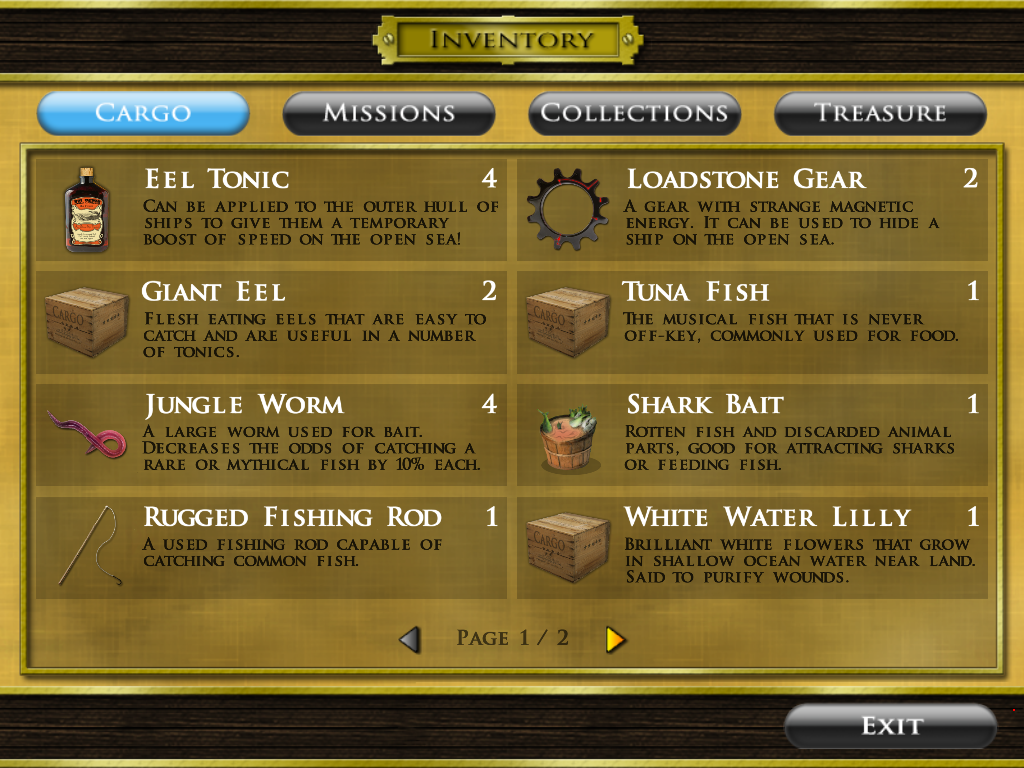 To prepare for Steam, Pirate Code has been undergoing a wave of changes!  At the heart of these changes is the inventory.  When first released Pirate Code had no visible inventory.  The game actually did keep track of the items that you collected during missions, but you couldn’t buy or sell items.  More importantly, you couldn’t actually use any items.  All that has changed in the last few months!  Let’s take a look at the Pirate Code inventory system. 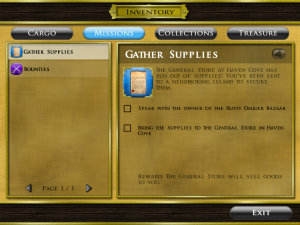 Sometimes, stores won’t be able to do business with you until after you complete a mission.

It’s a pirate game, and that means you find gold! Unfortunately, there’s very little to spend gold on.  In fact, despite an ocean full of shops, there was previously no way to spend any of that gold unless you wanted to buy a ship.  So, in the old Pirate Code, if you had ships that you liked, you probably also had more gold than you knew what to do with.  This was normal for most players by the time they reached the end of the game.  It was time for an inventory!  The new inventory has several parts.  First, it includes the screen that shows you what items you currently have.  This is what you probably think of when I say “inventory.”  The inventory also includes shops that can buy and sell items.  This allows the player to spend that hard-earned gold and really drives the game.

No Island Left Behind! 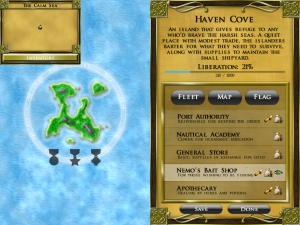 Islands will needed to be liberated from the Pirate League before they can really help your cause.

The major focus for the next round of is to make every island location matter.  With the inventory in place, this becomes possible.  Now, even remote islands have a purpose by allowing you to find different items at each location.  Sounds good, right?  But wait, there’s a catch!  Islands now have to be unlocked by liberating them from the Pirate League.  Liberation happens by completing missions, fighting battles and beating challenges.  As an island is liberated, new locations will open up and existing locations will gain new items, missions, or even bonuses.  For example, Nemo’s Bait Shop might pay extra if you sell fish to him once the island is sufficiently liberated.  This makes it possible to buy items for discount on one island and sell them for a profit on another. You could make gold that way if you’re savvy.

What About the Items? 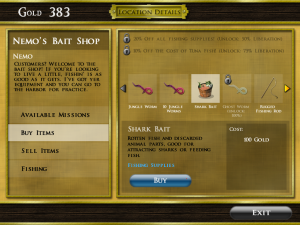 Every island location will buy and sell items or allow you to interact with them in some other way.

What’s an inventory without items?  Previously Pirate Code has about 40 items that were mostly used to drive the missions.  There was also four items that were “consumables” and could be used.  With the new inventory that list has grown considerably!  There are now 20 categories of items.  Mission items and consumables still exist, but now there are also a number of items that can be collected and items that help you get new items.  Additionally, there are items that give your ships special skills in battle, items that give a ship experience, and items that can give your ship a new action entirely.  Last, there are some items whose dark purpose will remain hidden until another blog post.  I’m dying to spill the beans but we’ll leave it at that.

So needless to say, cargo and treasure will be a major part of Pirate Code.  After all, who wants to play a pirate game where there’s no swag?