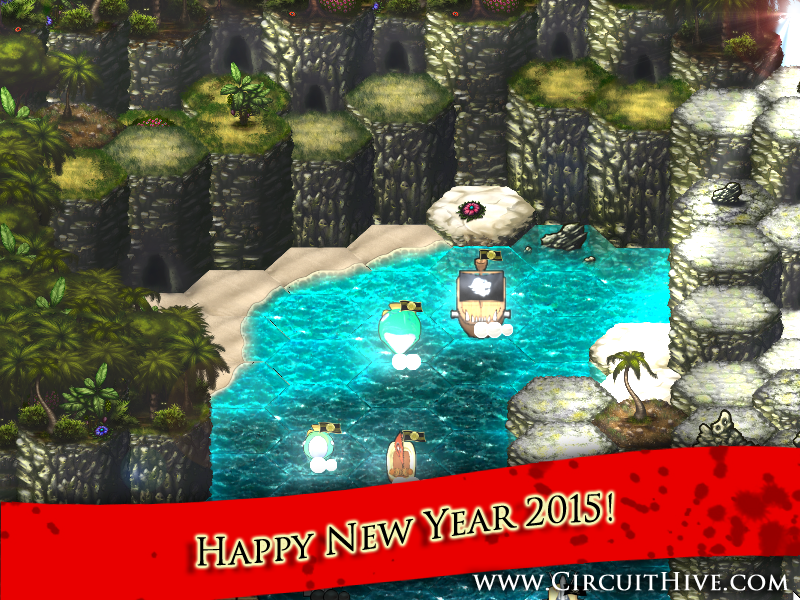 It’s time for us to close another year and welcome in a new one!  As we charge into 2015 it’s a good idea to stop and look back at what happened in 2014.  Our flagship title, Pirate Code has changed a lot over the last year.  Let’s take a look! 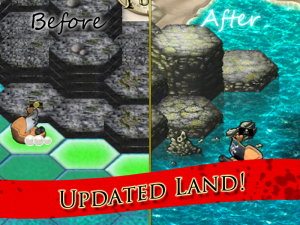 This shot beautifully captures the upgraded water and land. Moving forward we hope to further improve the island graphics and let the player spend a little more time there.

At the beginning of 2014 Pirate Code was still in its infancy.  We had just released the Mac version a few days after Christmas and we were making minor changes to the game.  We added consumables (those items that help you on the world screen) and fixed bugs, but the next big thing was the PvP section of the game.  Building the PvP mode for Pirate Code proved to be a challenge and we spent most of the spring working on it.  We finally released our first iteration of PvP on June 1st.  Although I was happy with the PvP mode, it still left a lot out and I wanted to do updates to Pirate Code on a more regular basis.  So we tried to make smaller changes and release updates on a set time table – in this case, every month.  At the end of June we did another release, this time with an auto updater for Pirate Code.  Since I wanted us to do regular updates I knew it would be important to have the game itself check for updates when it starts up.  This gave us a good foundation to work off of for the rest of the year.

So after the updater is was time to make our first change.  We needed to do something that would make a big impact and could be completed in a month.  It occurred to me that in all our screen shots there was nothing more visible than water.  So we spent July updating the water.  I wrote a whole post on how the new water was created.  Go read it! 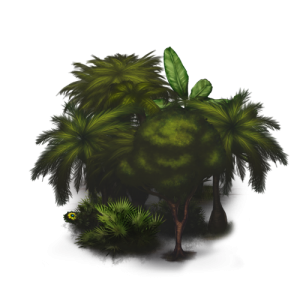 The final act of 2014 was to cover our islands with foliage.

Next in August we updated the land graphics, which was an equally beautiful change.  The following month we circled around and fixed bugs and better balanced the ships.  In October we made improvements to the mission system and added a compass to the map so players could get to their target islands quickly.

November’s update was a game changer.  The update allowed each special ship action to gain levels.  So before this update a ship could learn Victory Yell only once and that was it.  Now it can continue learning Victory Yell and get it to level 2 and eventually level 3.  The stronger levels give more life and morale to ships in a larger area.  It adds a lot of depth to the strategy in Pirate Code.

And that brings us to December.  Last month we added trees, jungles and caves to the game.  The islands are looking awesome at last but we wanted players to spend more time there.  So we created a new challenge mode that we’ll be releasing in just a few days.  Each island will have several challenges that players can take on for special rewards.  Pretty tantalizing isn’t it?

So what can you expect from Pirate Code in 2015?  There are a lot of neat ideas we have to improve the game.  Most importantly we’d like players to get a chance to get out of their ships and explore the islands.  We’d also like to create a number of expansion packs to add new ships, new captains, new ship actions, and new challenges to Pirate Code.

And of course, none of this matters if we can’t get our game into the hands of the players.  We hope to get into new bundles and game sites in 2015.  We’d love to expand on to new platforms like iOS and Android.  And just maybe we might start a new project.  Our next game will definitely have aliens in it!

You can help! If you’re reading this and you haven’t tried Pirate Code, download it and give it a spin.  If you tried it last year, then try the update!  If you love it then tell your friends.  Together we can fill 2015 with adventure!