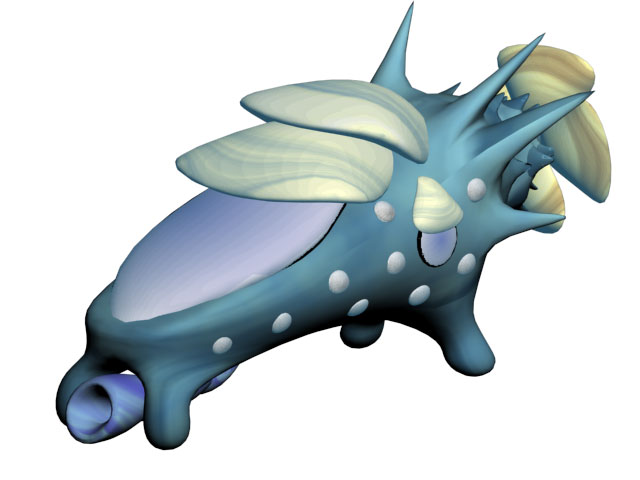 Portrait of a Dying Game Project

Our second year of development started a little slower.  The initial excitement that the team had for the game was beginning to cool off.  The size of the game we had created was starting take its toll on us.  We had mostly finished the battle screen and the first two of seven fleets, but we had only built four of the purposed 58 ship actions.  We had no idea how we were going to drive the story or what the world map would look like.  We weren’t really even sure if we’d have random encounters or just a series of battles.  Obviously the story and campaign were also still mostly nonexistent.

Despite these problems we were still trying to push forward.  I was working on the artificial intelligence and it was so hard that I soon found myself avoiding work on the game altogether.  The other members of the team started drifting as well.  This was the darkest hour for Pirate Code.  We had all been on small indie teams before and we had all seen what it looks like when a project dies.  Nobody really spoke a word to each other for months.  Finally, at some point in May, Brian and I discussed whether or not we should continue on with Pirate Code.

Now, if you read anything about project management or indie game development, they talk a lot about knowing when to throw in the towel.  Although quitting is never a good thing, strategically changing direction to avoid complete and utter annihilation is considered very good.  We decided to stay the course but agreed that it was time to cut the size of the project back.  We had planned seven fleets for a total of thirty five ships, but we cut this back to four fleets.  We also decided to cut the story back to match.  The number of ship actions went from 58 to 28.  Our plan was to reduce the size of the game to something that we could finish in a year and realistically this seemed attainable. 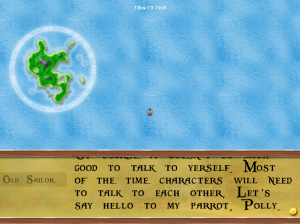 August’s release included the world map and the dialog box.

By August we had done a few more releases that included the world map and the ability save the game.  We also managed to get another programmer to join the team, Kennith Rodgers.  Since the world map was just starting to take shape, Kennith’s job was to make the world map while I focused on programming the rest of the game.  With the new team member and renewed energy things were looking up.  Pirate Code had narrowly escaped death and was sailing with blue skies once again.  In October we were joined by another programmer named Justin and his girlfriend Brittany.  They had previously worked as play testers for Nintendo.  We really felt good at this point.  We now had a team of eight people.

So 2009 ended on a good note.  Pirate Code nearly died in the first half but we cut back, reevaluated and pressed forward.  In the process our team had grown and now we had a great chance to finish Pirate Code in 2010.  We had started the campaign, we had almost three of four fleets done, and the world map was really coming together.  Just before Christmas we released Pirate Code 0.3.  I knew if we all pulled together we could finish Pirate Code in just a few months.  What I didn’t know was if we would actually pull.

More stormy seas ahead! Find out what happens next in The History of Pirate Code: Year Three!