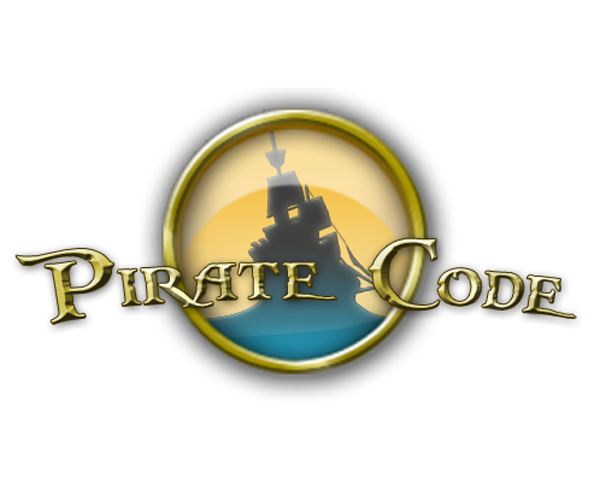 So Close, and Yet So Far

I started off 2010 by triumphantly announcing that we would be finished with Pirate Code in a few months.  I then tried to focus the team.  Brian was working hard on various menu screens and Eli was finishing up the third fleet.  I tried to point my two programmers, Justin and Ken, at the parts of the game that needed the most work.  The AI was working well but it was only able to do basic attacks.  I asked Justin to work on it and explained what needed to be done.  Ken was ready to move on from the world map but I wasn’t happy with it yet.  The frame rate often crashed and sometimes the game even froze.  The world map was tracking ships all over the map when really we just needed to handle the few ships that were near the player.  Keith kept at it while I focused on adding ships and actions to the battle screen.

That was the beginning of January.  By mid-February things had changed dramatically.  Both Justin and Ken had left the project—possibly because they didn’t have time or because they didn’t think we’d finish—but most likely because it was just too much work.  For some reason most people think that making games is just as much fun as playing a game.  Of course making a game is a lot of fun, but it’s also a lot of work and it takes a long attention span.  With my programming force cut from three to one it suddenly become much less likely that we would finish Pirate Code in 2010.

Around the middle of the year, Brian started updating the different screens. These designs eventually became the final version used today.

We released Pirate Code 0.4 in the middle of March, about the time I had originally hoped to release the finished game.  It had the first chapter of the story (but only the main missions) and three completed fleets.  Although I had a lot more programming on my plate, I still hoped to finish the game by the end of the year (I’m an optimist).  I mapped out an aggressive plan to finish the game by August in 2010.  I figured if we went over we still had several months until the end of the year.

We released Pirate Code 0.5 in May which added a lot to the first chapter and the world map.  Unfortunately I had planned to have the first three chapters done by this point.  I was already getting behind.  The changes looked good though and Brian and Eli kept working on their portions of the game.  I was rebuilding the AI and working on the second chapter of the game.

Time to Lighten the Load

Now you may recall from a few paragraphs ago that we were going to try to finish the game by August.  The next release was in September and it only included the first and second chapter.  I was learning an important lesson: epic stories take an epic amount of time to write.  Unfortunately I wasn’t just writing an epic story, I was also writing a game and together, they were taking a very long time to write.  I had estimated that writing a chapter of dialog composed of 10 to 15 missions would take a week and half.  What I was finding out was that it actually took a month and a half and that’s on top of the normal development.  Still, I only had three more chapters and if you added up the time we probably could still finish sometime in 2011.  I just needed to be consistent.

I think around this point Brian saw that I had too much load on me.  He told me that he had a friend who was a programmer and was willing to help us wrap up Pirate Code.  Our last two programmers, Ken and Justin, had actually slowed down development.  I had spent a lot of time trying to bring them up to speed just to have them leave.  Naturally, I was skeptical but I was willing to talk to him.  On the phone I was careful to explain that Pirate Code could take a long time to finish and I needed someone who wouldn’t throw in the towel when the going got tough.  He assured me that he would stick around and Dean became the newest member of our team. 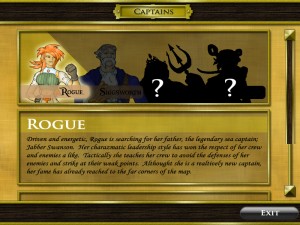 Originally we had a captain screen which we used to set the captain for a ship. This was later removed because it was too difficult to move the captain between ships.

The fact was that I needed Dean.  It was clear to me that there was now more code to write then artwork to do and I was afraid that my team would find themselves waiting around for me to finish programming the game.  Unfortunately, the long road of changes that started with battleship and ended with an epic pirate game had left the code a mess.  Dean, by his own admission, was a bit of a code Nazi and quickly found himself frustrated with the organization of the code.  He decided to start reorganizing the code.  I was supportive so long as we didn’t spend too long doing it.  But things went downhill fast.  I quickly found myself arguing with Dean over things that seemed silly – like how many spaces are in a tab or the file structure for the code files.  We eventually agreed on all the details but we were wasting time.  I had let Dean join the team in September in order to speed up development.  By the end of the year we had made no visible progress on the game and Dean was still reorganizing the code.  The game was stalled again, but I was hopeful 2011 would be our year. 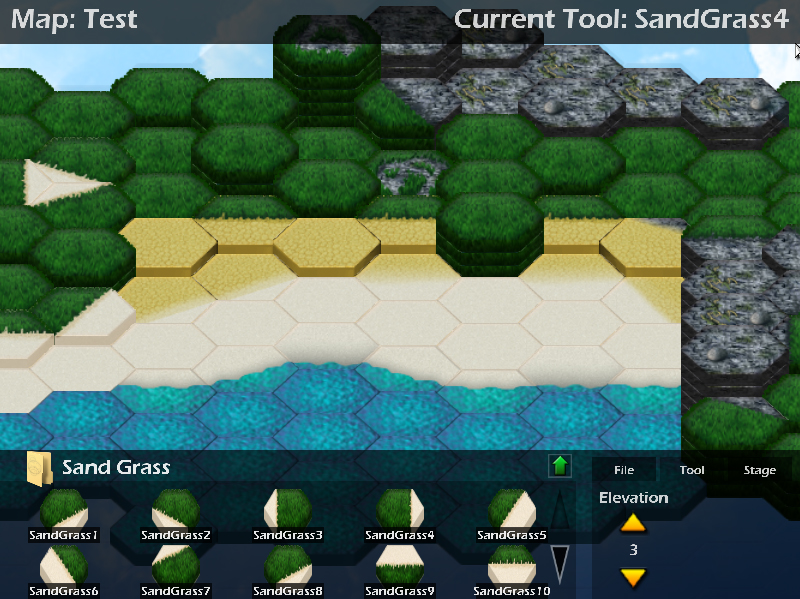 At the end of the year, while Dean was organizing the code, I created a new map editor.

Will we finally finish Pirate Code? Find out in The History of Pirate Code: Year Four!

I forgot about that captain screen, it looked pretty good. But I can see where the difficulty would be, the current ‘drag and drop’ feature is much easier.