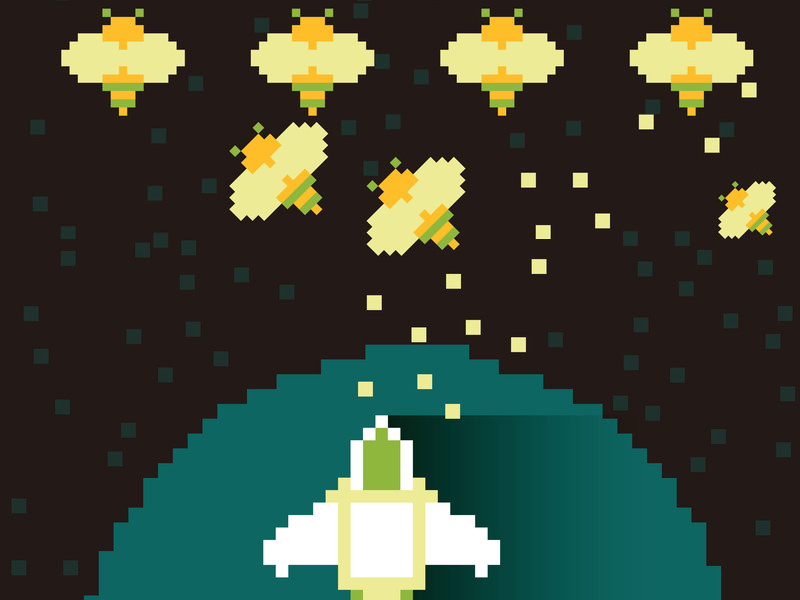 When I was younger I vehemently held to the idea that graphics don’t matter. A game should be judged by its game play, which was defined in my mind as some combination of game mechanics and raw fun. But I was wrong. The reality is that graphics DO matter. It’s time we harmonize two opposing phenomenon we see in games: some games sell despite their terrible graphics and others sell entirely because of their graphics. It’s not because there are two kinds of customers. There’s actually a single mechanism at work and I’m going to drag it into the light.

Back in the eighties, Nintendo and Sega where in a death struggle.  Sega clearly had the better graphics but Nintendo had more hit games.  Those of us who were in the Nintendo camp naturally believed that graphics didn’t matter – and at the time, we were right.  People mostly relied on game magazines and word of mouth to decide which games to purchase and since games were highly limited on what they could actually do with graphics, a game could be a hit no matter how bad it’s graphics were.  Games survived entirely on some new mechanic, like jumping on bad guys, switching weapons, or some creative inventory.  But people don’t buy games for the mechanics anymore.  At least, that’s not the first thing they look at.

What Makes the First Impression? 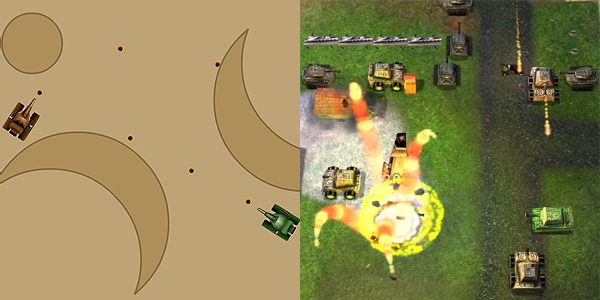 Here’s two similar tank games. They might both have customizable tanks and awesome bosses. You might like either one of these games, but you’ve already decided which one is worth your time, haven’t you?

The graphics make the first impression.  Every encounter with a game starts with still image.  From there, if the image looks good the customer might bother to read something about it.  Soon after, the customer will start the trailer.  Here’s where the graphics matter most.  If the trailer looks good then the game has a chance.  If not, then it will never see the light of day.  This is the biggest hurdle for any game and experienced developers – like experienced movie producers – build the game entirely for the trailer.  For instance, successful game often have huge bosses.  It doesn’t matter if the bosses are hard or easy – they just need to be impressive to look at so the trailer looks cool.  The hero’s moves have to look complicated and amazing.  It doesn’t matter if the player can perform these moves with a single button press – it has to look good for the trailer.  This is why graphics (and music) matter so much!

At this point you might be tempted to think that game play is irrelevant, but it’s not.  If a game is amazing looking but boring, word will quickly get out that the game doesn’t live up to the hype.  The thing is, such a game will still sell better then a game with average graphics and average game play.  So the reality is, for a game to be successful, graphics are more important than game play.  It’s sad, but true.

Judged by the Cover

[…] ago, we decided to upgrade the graphics in Pirate Code.  Since we’re an indie game developer, we needed to get the most benefit out of the time we […]

[…] trailer, followed by more pictures.  This is why graphics matter so much.  I’ve already written several articles on the importance of graphics, but the fact still stands – the player won’t even read about […]