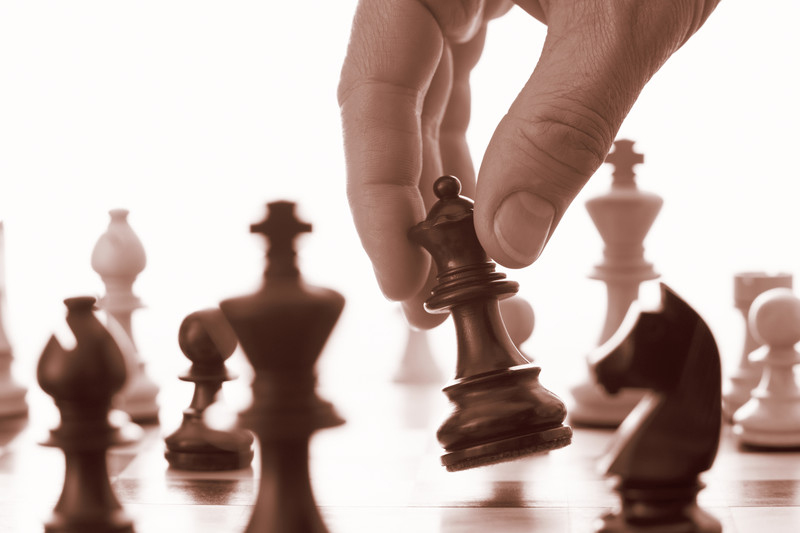 But the Greatest of These is Strategy

Circuit Hive will focus on strategy games.  We’ve only released two games so far, but after Pirate Code it was clear that we had found our niche – strategy.  Now there are several reasons for this and the first one is that I personally love strategy games and loving a type of game makes it much easier to build a game of that type.  Secondly strategy games – GOOD strategy games – are actually hard to find.  And when you do find a good strategy game, it’s often set in a fantasy, world war, or space setting.  It seems like wizards, tanks, and spaceships are overused, which is one of the reasons why our first strategy game was based on a pirate theme.  Now, one could argue that there are a lot of pirate games out there already but finding a good one that’s not just a themed puzzle game can be difficult.  I promise that our next offering will truly delve into the creative.

But more important than the redundancy of themes is the lack of coherency.  Many strategy games often have so many different ways to customize an army that the player loses the ability to keep it all in his head at once.  Strategy quickly breaks down to grinding.  Great strategy games have strategy that takes place on two levels: the overall plan and the individual moves to follow that plan.  If one of these two elements is replaced by time (play for long enough and the player gets a strong unit) or real world money (buy a strong unit) then the game fails to be a good strategy game.  But why should this matter?  What’s the big deal about strategy anyway?

To answer that question, I’ll explore how strategy fits in the big picture.  Games entertain us on many levels.  The stories, graphics, and music of games can entertain us separately from the actual gameplay.  The gameplay itself, though, entertains us using a mixture of four crucial elements: knowledge, luck, skill, and strategy.  Let’s take a look at each element in order from least important to most important.

By itself, knowledge is the least important aspect of gameplay, but that’s not to say it’s useless.  In fact, knowledge is a required aspect of gameplay.  Knowledge is facts about the rules of the game, the strength of units, or the effects of the environment.  Knowledge is unique because players start the game with no knowledge and actively seek to learn the rules of the world they find themselves in.  Good game design allows the players to gradually discover things, which players enjoy.  Although knowledge is foundational, it’s at the bottom of the list because by itself, it’s just trivia and the only game you can make with just knowledge is a trivia game (without a timer).

Luck is the great equalizer and directly reduces strategy.  The more luck that is mixed in to the gameplay, the less strategy.  So what does a game of pure luck look like? A slot machine.   So a game without any luck at all would be entirely predictable – for instance chess.  When a player moves a knight to capture a bishop, there’s no chance of the bishop dodging the attack.  Strategy games are often more interesting when there’s an element of luck though.  Creating a 20% chance that the knight will miss makes the player take another factor into consideration when moving the knight.  Deciding if the attack is worth the risk actually enhances the strategy of the game.  So luck is tricky.  Too much luck leads to a game of random outcome where the player has no control (a slot machine) and no luck leads to a very sterile strategy game (like chess).  Just the right amount of luck though, like salt in a soup, can enhance the gameplay considerably.  Obviously people like slot machines and chess – but we’re looking to find a balance between the two.

Skill is the physical ability of the player to interact with the game.  It is hard to find a game that relies entirely on skill; however, many hard-core games rely heavily on skill such as first person shooters.  When playing Call of Duty online, a player who is extremely skilled with a sniper rifle can play with very little strategy – other than to shoot everything that moves.  Because all games must have some sort of human interface, all games take some skill.  There are some games, though, that require next to no skill.  These include simple games for kids, point and click games, and some turn-based strategy games.

But the greatest of these is strategy.  Strategy is the decisions that the player makes and, as I mentioned earlier, includes the grand strategy for winning the game and the smaller decisions that attempt to carry out that grand strategy.  Strategy allows a player to solve challenging problems and over power the greatest opponents.  Like good plots, all games start with conflict.  Strategy is the means by which the player resolves the conflict.  So the key with strategy is to create enough possible options for the player to find a path to victory regardless of the obstacles.  If it becomes too easy for the player to reach the desired end, the player will be bored.  Make it too hard and the player will be frustrated.  Balance is key and players with a good plan should be rewarded.

I’ll probably write more in the future about strategy.  Regardless of how you feel about strategy, the point is the Circuit Hive will try to focus on strategy games.  So what’s your opinion about strategy?  What do you think makes good gameplay?  I look forward to hearing your thoughts in the comments.

When you get down to it, strategy is the player’s plan of action. No matter what game is being played, the player must have a plan of action, even if it seems merely reflexive, like in Contra. But even in a twitchy game like that, a difficult boss can often bring that need for strategy to the player’s mental forefront. A game with no need for strategy is not much different than watching a movie, despite however interactive it might be.

Well put. Would you agree then that a slot machine takes no strategy and is therefore closer to watching a moving than playing a game? After all, it doesn’t matter who pulls the lever – the outcome will also be the same. Games of pure luck aren’t really games at all in my opinion.