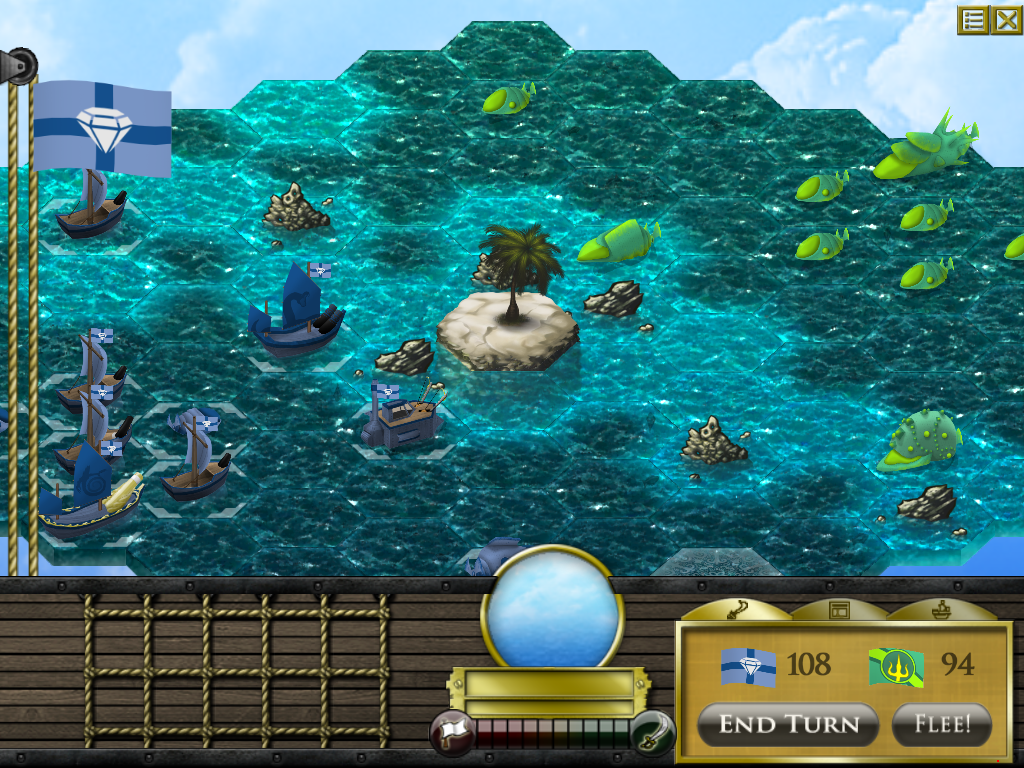 I just finished reading my previous post from a year ago. It’s a little depressing to know how much more I really needed to do to cross the finish line. Like watching a movie where you know something bad is about to happen to the main character, but you can’t warn them. It was true, a year ago, the game seemed very close to done, but there were things – major things – left on my to-do list. Today it’s a different story. The game is done. There are no major items to finish. Only a few small bugs remain on my list. Instead, I mostly need to do marketing things before I can release it. For example, I need to make a game trailer and update this website.

One of the major things I updated over the past year is the character portraits. The original pictures were good, but needed to be updated. An artist named Phil Neubauer drew them about 10 years ago. The art style of the characters no longer matched the rest of the game. Computer screen resolutions have also increased since then and the original pictures needed to be in a higher resolution. Having no access to an artist, I spent some time learning to paint characters and painted them myself. Below is a handful of examples. There were a total of 11 characters to paint. It was a lot of work. 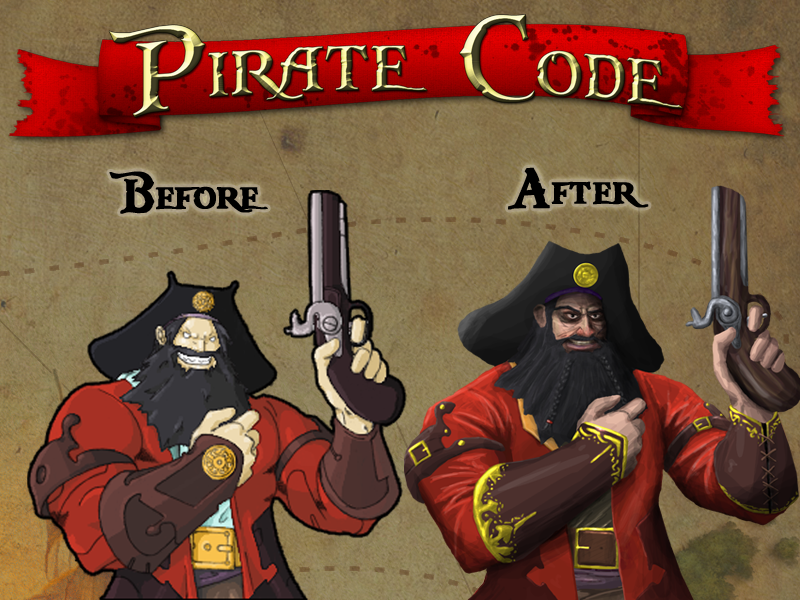 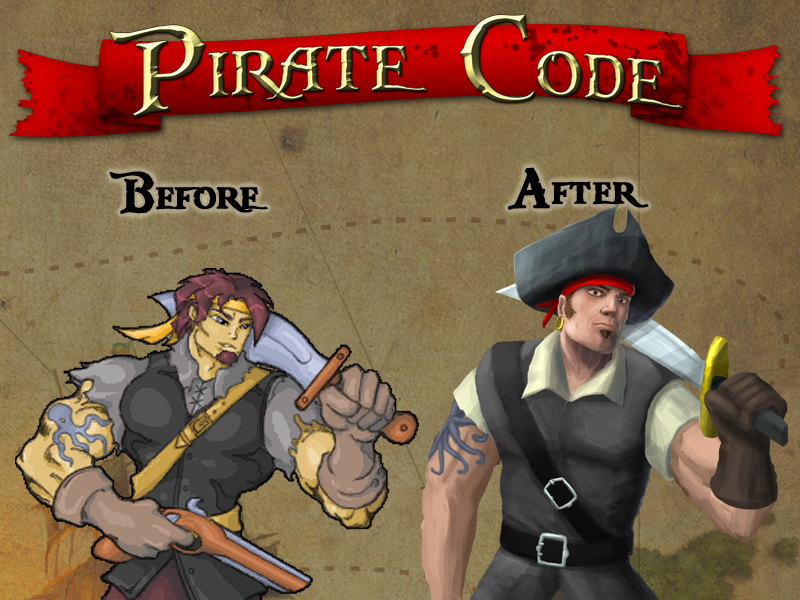 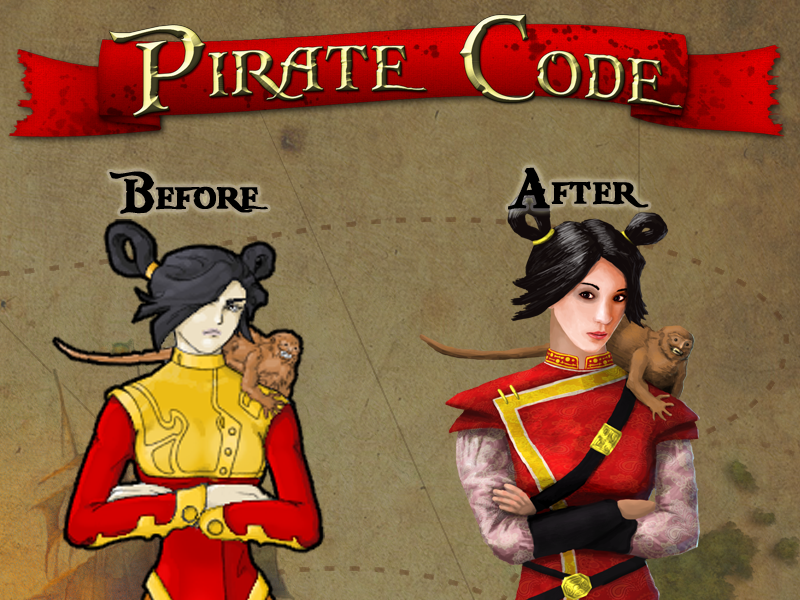 One of the things I did to prepare for painting characters was painting over 200 random objects – the items. Over time I improved so much that I had to go back and re-do some of my first attempts. Here’s an example. 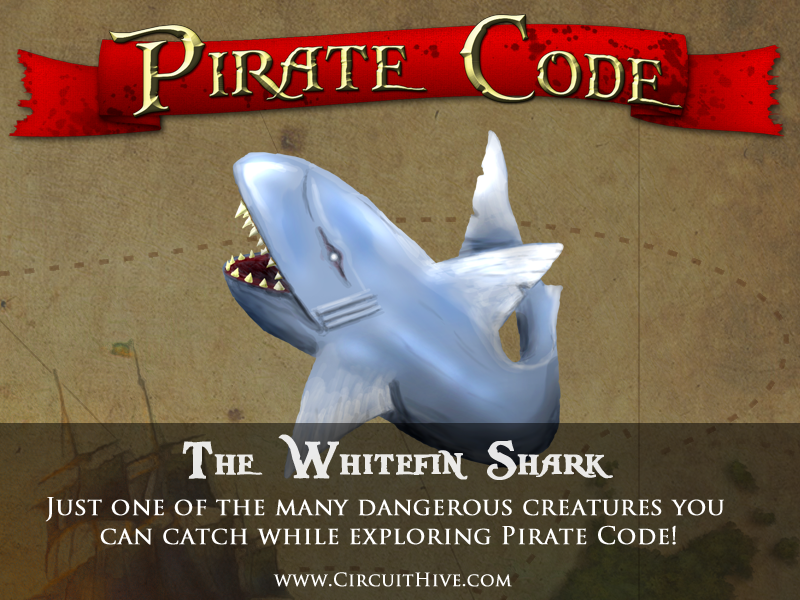 The headline says it all! After all the hours I’ve poured into Pirate Code, I’m crazy excited about releasing it. I hope it does well on Steam and I hope everyone who reads this buys a copy. Also buy a copy for all your extended relatives. I have kids to feed.

So is there a release date? No, not yet. I have learned to live without release dates. It will be soon though. Very soon!