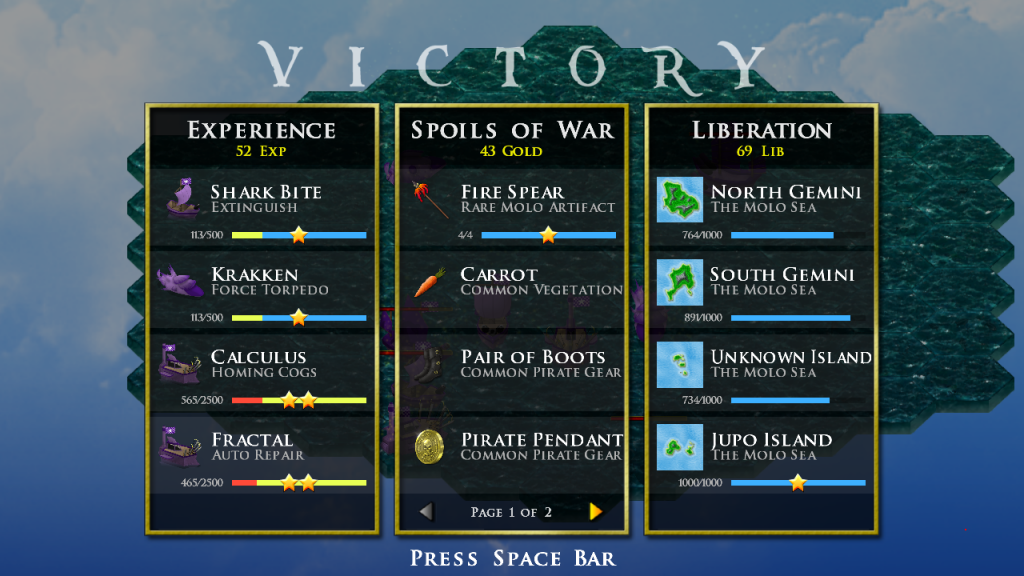 Pirate Code is on Steam! What’s Next?

Several years ago Pirate Code was approved by the powers that be on Steam’s Greenlight. When that happened I sat down and worked through all the ideas I had for Pirate Code and decided what needed to go into the Steam version. At some point in March of 2018 I actually finished all those features and on April 24th I released Pirate Code on Steam. Although Pirate Code wasn’t met with fanfare, I’m proud to say that I’ve made it and feedback is generally good. So now the big question is: what’s next?