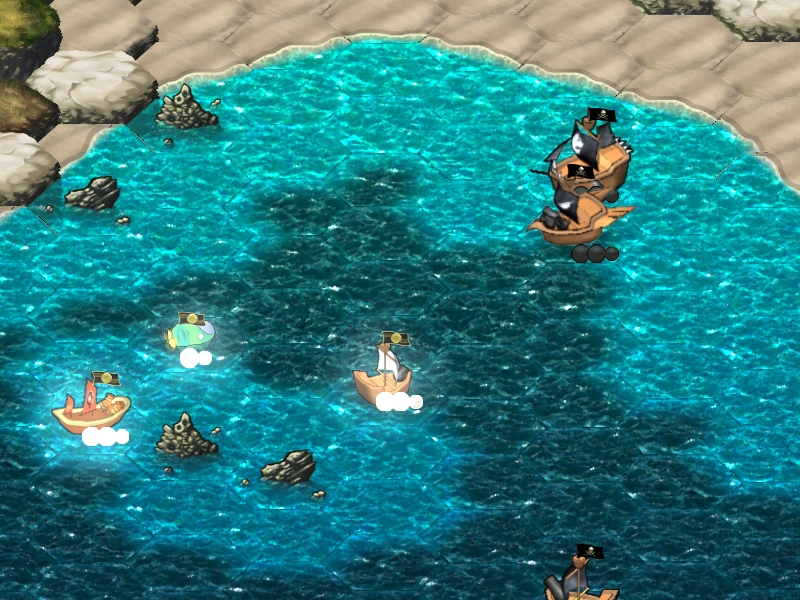 How to Make Awesome Water for a 2D Game

Three months ago, we decided to upgrade the graphics in Pirate Code. Since we’re an indie game developer, we needed to get the most benefit out of the time we spent on graphics. Time is our most precious resource. We determined that the elements that appeared the most in the game – and more importantly, in the screenshots – mattered the most. Since Pirate Code happens in an ocean, water matters most.